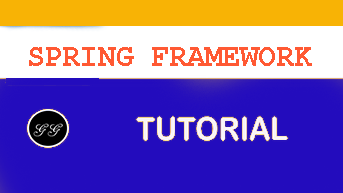 What Is Dependency Injection?

Have a look at the following examples of code:

TodoBusinessService is directly creating an instance of TodoDataServiceImpl within itself.

ComplexAlgorithmImpl is meant to perform a lot of complex logic, and one of the things it does is sorting. here, it is directly creating an instance of BubbleSortAlgorithm within itself.

How do we decouple ComplexAlgorithmImpl from the specific sort algorithm?

We want it to be used with bubble sort, or quick sort, or radix sort, or any other sort. The solution is to make use of an interface.

Have a look at the following code:

Whichever class wants to make use of ComplexAlgorithmImpl needs to write code such as this:

Other classes may choose to pass in SortAlgorithm implementations for bubble sort, heap sort or radix sort.

Inversion of Control with ComplexAlgorithmImpl

Look at it from the perspective of ComplexAlgorithmImpl.

In the first approach, it took up the responsibility of selecting the specific sort algorithm. As a result, the specific BubbleSortAlgorithm was hard-coded.

In the second approach, the class which uses ComplexAlgorithmImpl gets to decide which specific sort algorithm is to be used.

There is a clear inversion of responsibility taking place. This is also called Inversion of Control or dependency inversion.

Dependency inversion results in loose coupling. ComplexAlgorithmImpl is not tied to a specific sort algorithm.

Now where does Spring framework come into picture?

Lets look at the code below:

In the above piece of code, we are manually creating the objects and tying them up with dependencies. In a typical application, we might have thousands of objects. Do you want to write the code for all it manually. How about having a framework that does this for you?

So far in this article, we have discussed two important concepts:

Dependency injection is a mechanism based on dependency inversion. The Spring framework identifies beans and dependencies, and autowires the dependencies into beans.

This is the first article in a series of articles on Spring Framework: